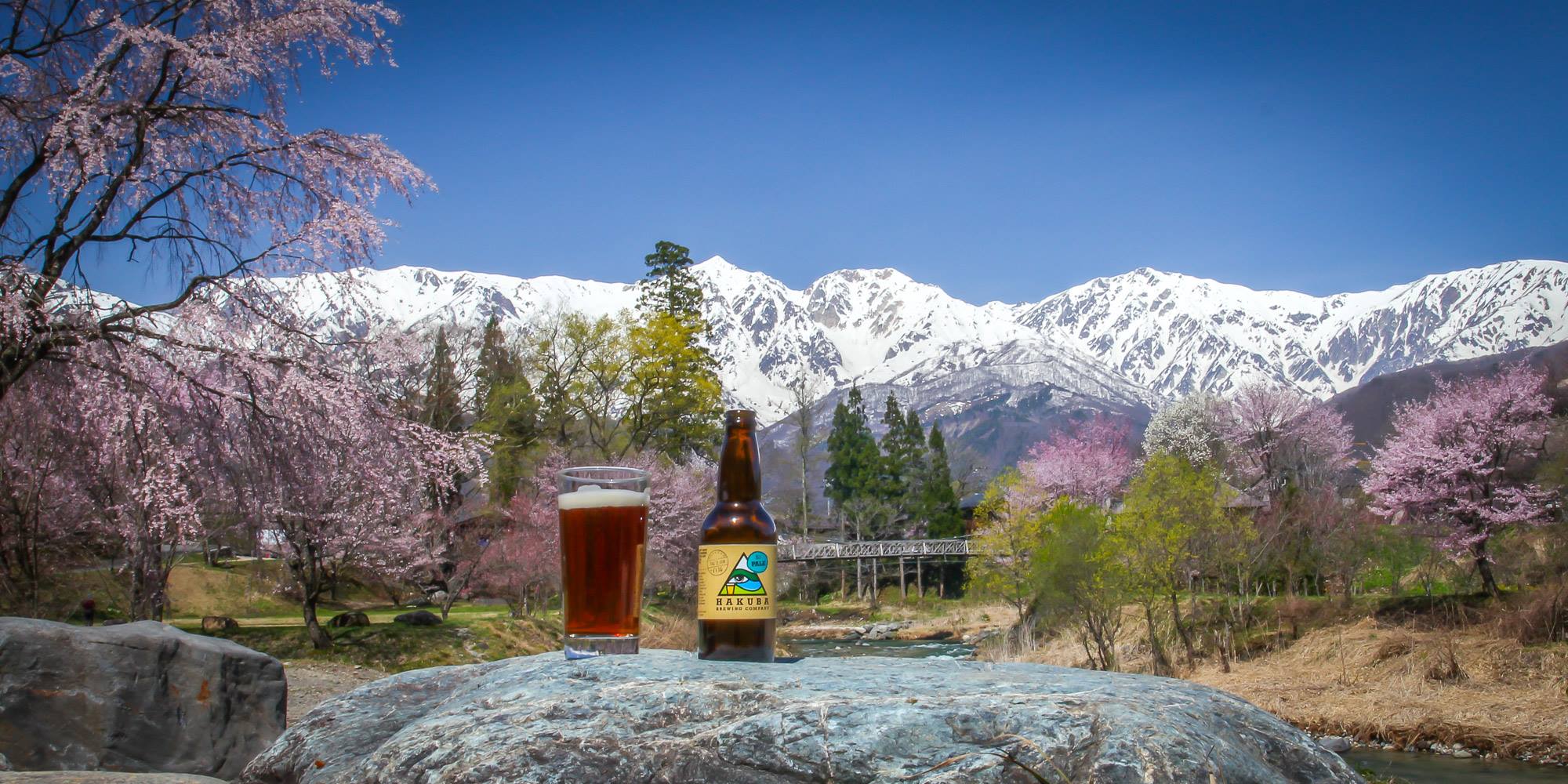 The hand-crafted and locally brewed artisanal beers at the Hakuba Brewing Company are an absolute must-try when visiting the Hakuba Valley. But there is so much more to these delicious brews than meets the eye. Events Hakuba chats with Brewmaster Dan to discuss just what makes him tick; from ingredients to inspiration, from origin stories to original recipes, check out the inner workings of the HBC’s Brewery in this exclusive article and video interview. 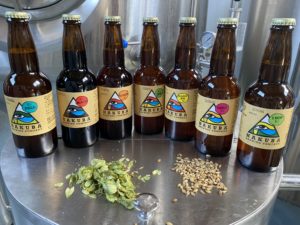 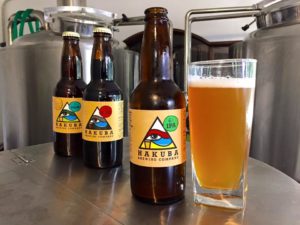 Four years later, they had breers brewing in a tank. And just this summer they moved the brewery itself to a new location with more capacity and accessibility. To celebrate their success, the self proclaimed ‘hop-head’ has just released a new Double IPA or DIPA (7.5% abv and 99 IBU) which, “drinks very bitter, very hoppy, yet smooth with a crisp and biscuity malt base.” The DIPA is an homage to the dank and citrusy IPAs that are so popular on the West Coast of the U.S. where most of the world’s hops are grown. This one will blow your ski socks right off. 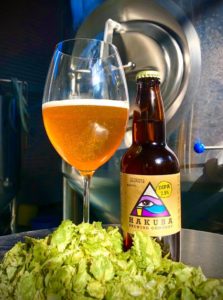 HBC’s DIPA is truly a fantastic hop forward Imperial IPA balanced by the toasted palate of the extra malt, as well it has a more textured mouthfeel than HBC’s flagship beer, the Pale Ale (5% abv and 30 IBU). The HBC Pale Ale is definitely their most popular beer and with good reason: the gentle bitterness and hop aroma balances well with the malt…making for a very accessible and drinkable beer. Popular with both the local and foreign crowd, we highly recommend tapping into this one with a group of heady friends. 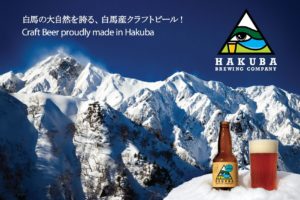 Comparing the flagship Pale Ale to their IPA, Dan has a unique recipe which brings out his British roots; instead of going for a truly West Coast tropical hoppy IPA, he has balanced this beer by using British malt which adds sweetness and body. The HBC’s IPA (6% abv and 55 IBU) is a beautiful marriage of British barley, American hops and Japanese glacial water. And if you find yourself doing some day-drinking, which we often do, and want something not quite as strong, HBC’s Session IPA (4% abv and 35 IBU) is the beer for you. With a bit lower alcohol content, this session ale is surprisingly full-bodied with both wheat and caramel grains supporting the hops—perfect for a gorgeous sunny day. 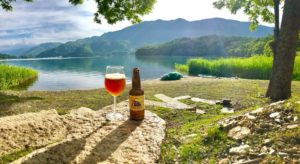 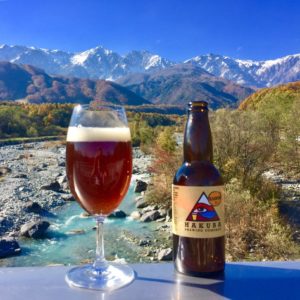 Last but not least, the lovely collaborative Extra Pale Ale (XPA), dubbed the 7 Hop (5% abv and 45 IBU), which contains, 4 kinds of malts and you guessed it, 7 varieties of hops. Brewed in partnership with the Hakuba 47 Ski Resort, this ale celebrates the 30th anniversary of the resort. Brew-ski anyone? Truly bespoke to the Hakuba area, the brewery and the ski resort collaborated to make this fantastic XPA with unique hop-punch character. It’s heavy on tropical fruit and citrusy hops yet remains balanced by the four types of barley. Originally, HBC was approached by Hakuba 47 ski resort to do the collaboration and staff from Hakuba 47 made their way over to the brewery to spend the day with Dan and the other brewers. They set out all the hops in the house and the group sniffed and tasted their way through them all…eventually landing on the 7 hops that best suited the 4 kinds of malt; hence, the 47 beer was born. The 7 Hop has truly brought Dan full circle from first discovering Hakuba’s ski resorts years ago, to now, collaborating with the resort to make a very special beer—both delicious and packed with meaning. This story has a truly delicious ending indeed. 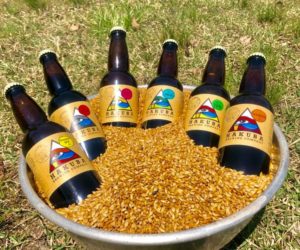 While touring the brewery, it’s easy to see the passion that the HBC have brought to the Hakuba Valley community, but even more so is Dan’s friendly, easy-going manner and his inspired creativity. It’s so nice to see his English roots shining through in his malty recipes yet he remains on the cutting edge of flavor with his hop-forward palate. Of course, all of this ties itself together in a neat heady bow by brewing his beer here in the Hakuba Valley with the glacier water that we all drink on a daily basis. Check out HBC’s beers at various grocery, restaurant and bar locations around the Hakuba Valley. 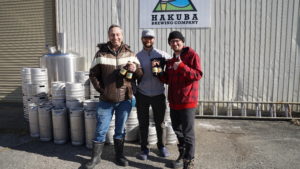 Tell us which of HBC’s beers are your favorites in the comments below. And until we meet again, cheers from all us at Events Hakuba. Kanpai! 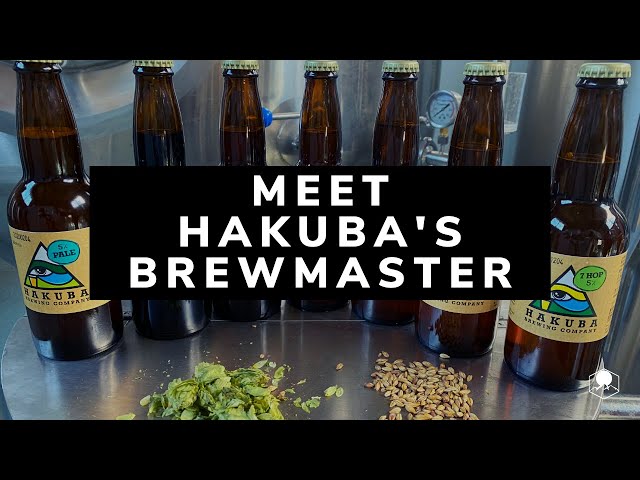 How To Get To Hakuba

How To Ship Your Gear In Japan