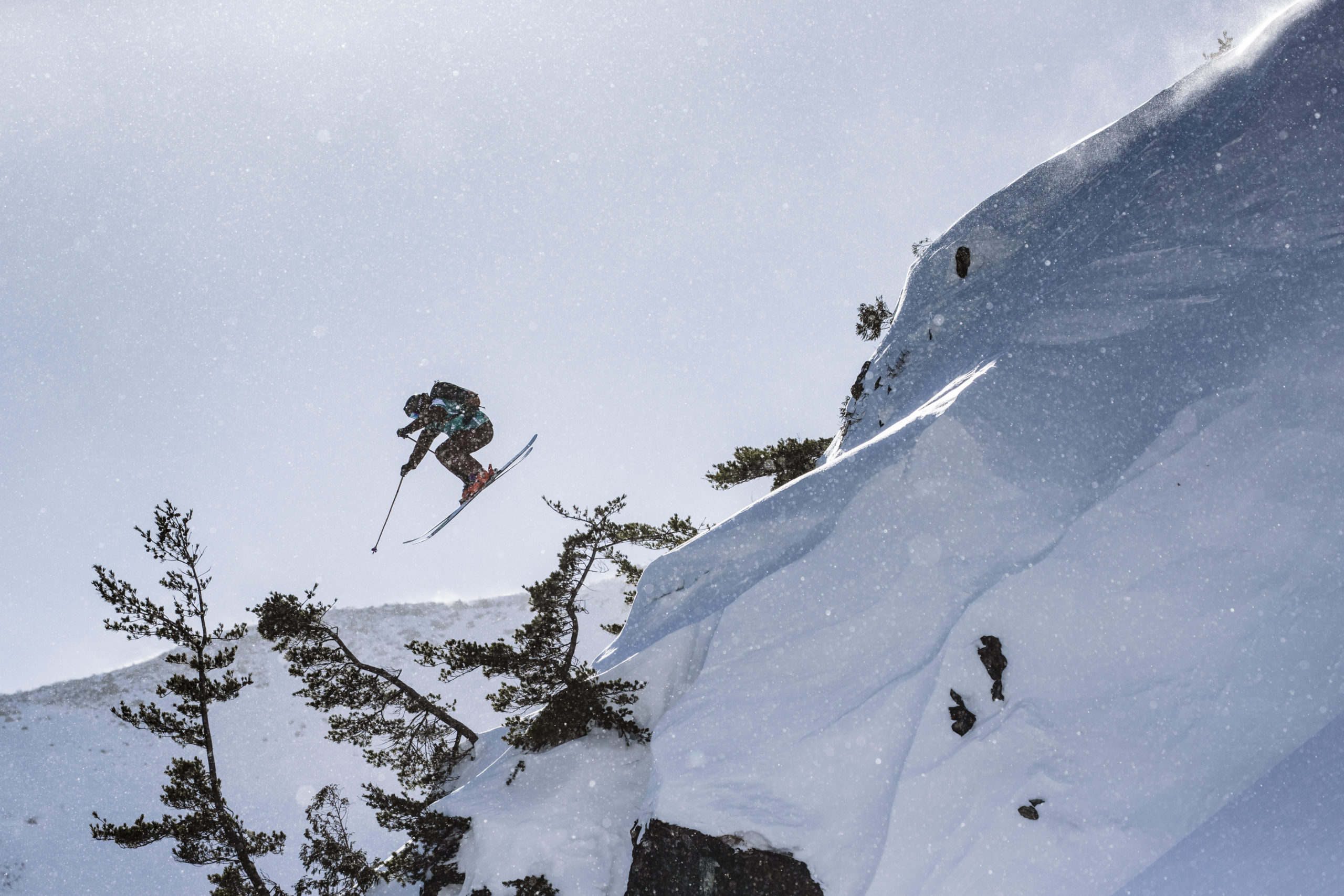 Events Hakuba speaks with FWT champion and freesking guru Drew Tabke at the finish line for both hot seat and post competition interviews. Catch the reaction to his massive backflip and first place finish at the Freeride World Tour 2020 kickoff event in Hakuba, Japan.

If you haven’t heard the name of Drew Tabke mentioned in skiing circles around the world, you’ve probably been living under the wrong cornice. Since its inception, Drew has been with the Freeride World Tour and has won multiple freeride events and overall championships on two planks—he’s also competed in FWT qualifiers on one. If that isn’t enough, the ‘Flyin’ Hawaiian’ is also an official IFSA freeride coach, spends north hemispheric summers with his Spanish speaking crew shredding the Andes and continuously stomps extremely fluid, fast and final lines. A true hero and outspoken advocate for the sport, Drew Tabke chats with Events Hakuba while sitting in the hot seat at the opening competition of the FWT 2020 in  Hakuba, Japan.  Read the article or check out the video below. 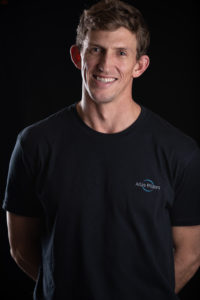 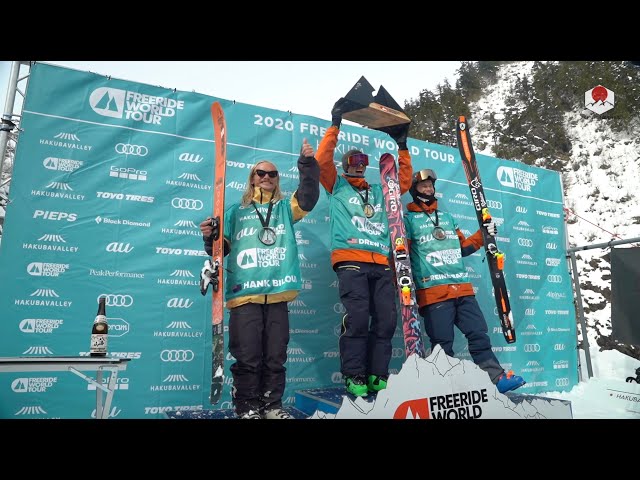 Part One – In the Hot Seat 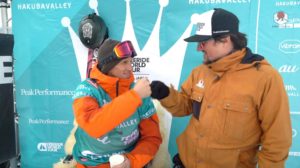 Jared: Jared here with Events Hakuba, with the current leader, Drew Tabke!  Bro, you smashed it!

J: Tell me about your run.

D: Well, I waited in the clouds for a while.  I kind of didn’t even believe it was going to happen to be honest, and then the skies opened up for us.  It turned out the snow was better than we thought it would be. I think it kind of improved in the last couple of days and ah, just had a really big backie to start my run.  Had a couple more tricks planned. I kind of toned it down from there ‘cause I just really wanted to get a result in the bag so I just kind of finished it clean, with a bunch more airs.  So far it’s enough to keep me here, so, five skiers left, got some butterflies, we’ll wait and see what happens. 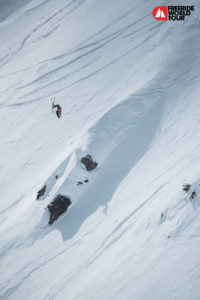 J: So you went looker’s left, and you did the backie of that horseshoe cliff?

D: No, up top.  There’s a kicker there, then down into the horseshoe cliff.

D: And a couple more jumps.  Yeah it was good man. Snow was better than we thought, with all the wind and a couple of days of waiting but I guess that’s Japan.

J: And a nice playful face as well.  Well good luck, I hope you keep it! 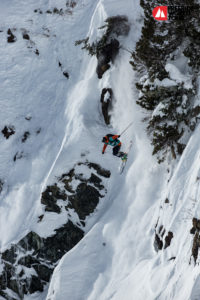 Part Two – On Top of the Podium 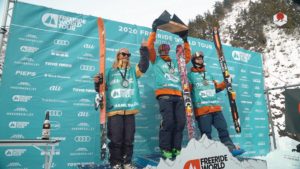 D: Man I felt pretty good. I had doubts about the snow that sort of started to go away as I watched riders, like, “Damn, this is better than I expected!”  And yeah at the start gate sometimes you’re nervous, sometimes you don’t have enough energy and sometimes you’re relaxed. And I just kind of had this nice, relaxed energy where you know you’re going to ski like you’d ski on your own with your homies and that’s when you ski the best – when it looks fun and you’re having fun – that’s what scores good a lot of the time, so, just trying to ski naturally and that translates to good skiing for the judges, so, super psyched up there. 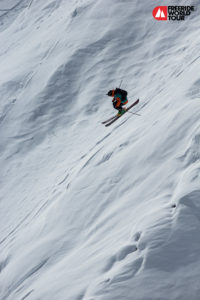 J: That’s great!  So, few turns, did the backflip, made it back down – first place!  So how are you feeling now?

D: I feel amazing man, like, ah, just super high level in ski men every year and you just never know if you can place top ten let alone take a victory so it’s just way beyond my expectations and just seriously can’t even believe it.  It will take a few days for it to sink in, for sure. 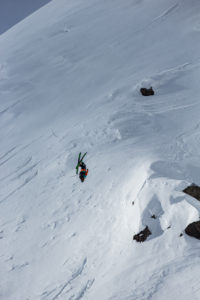 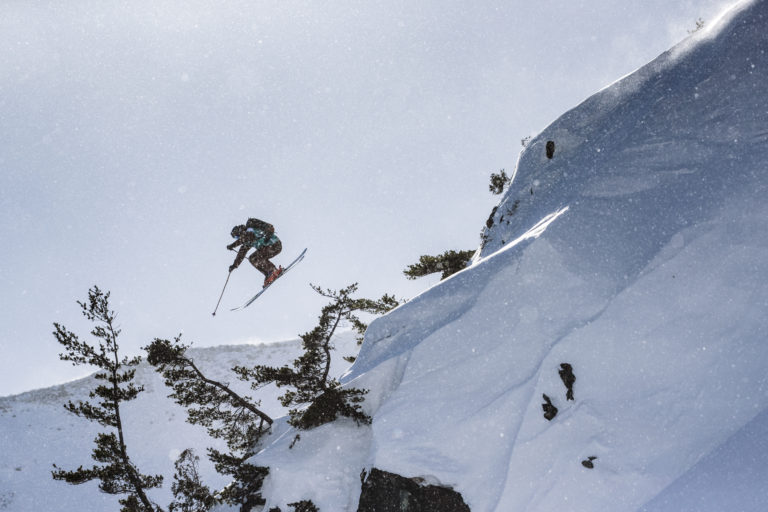 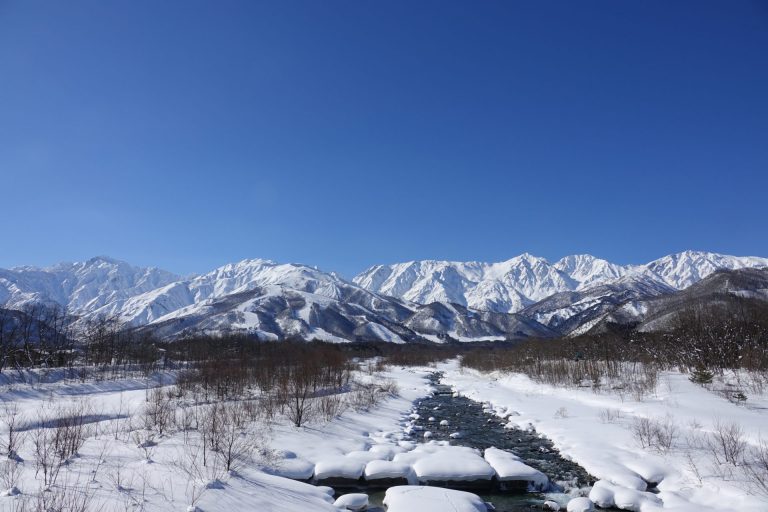 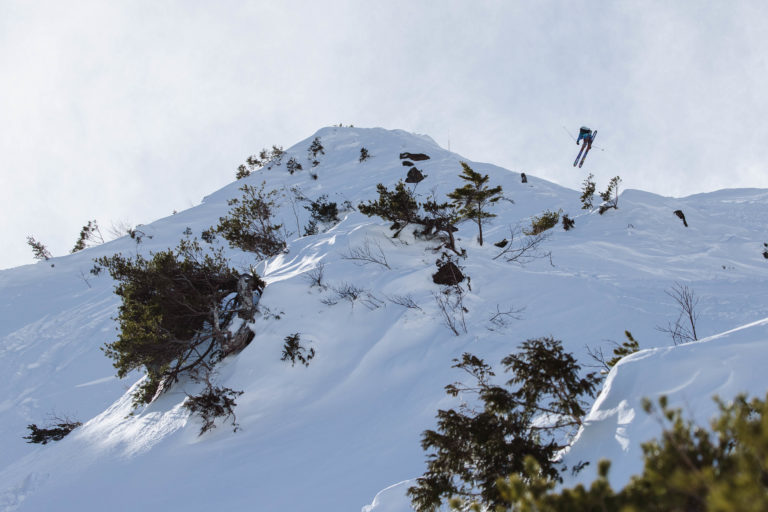