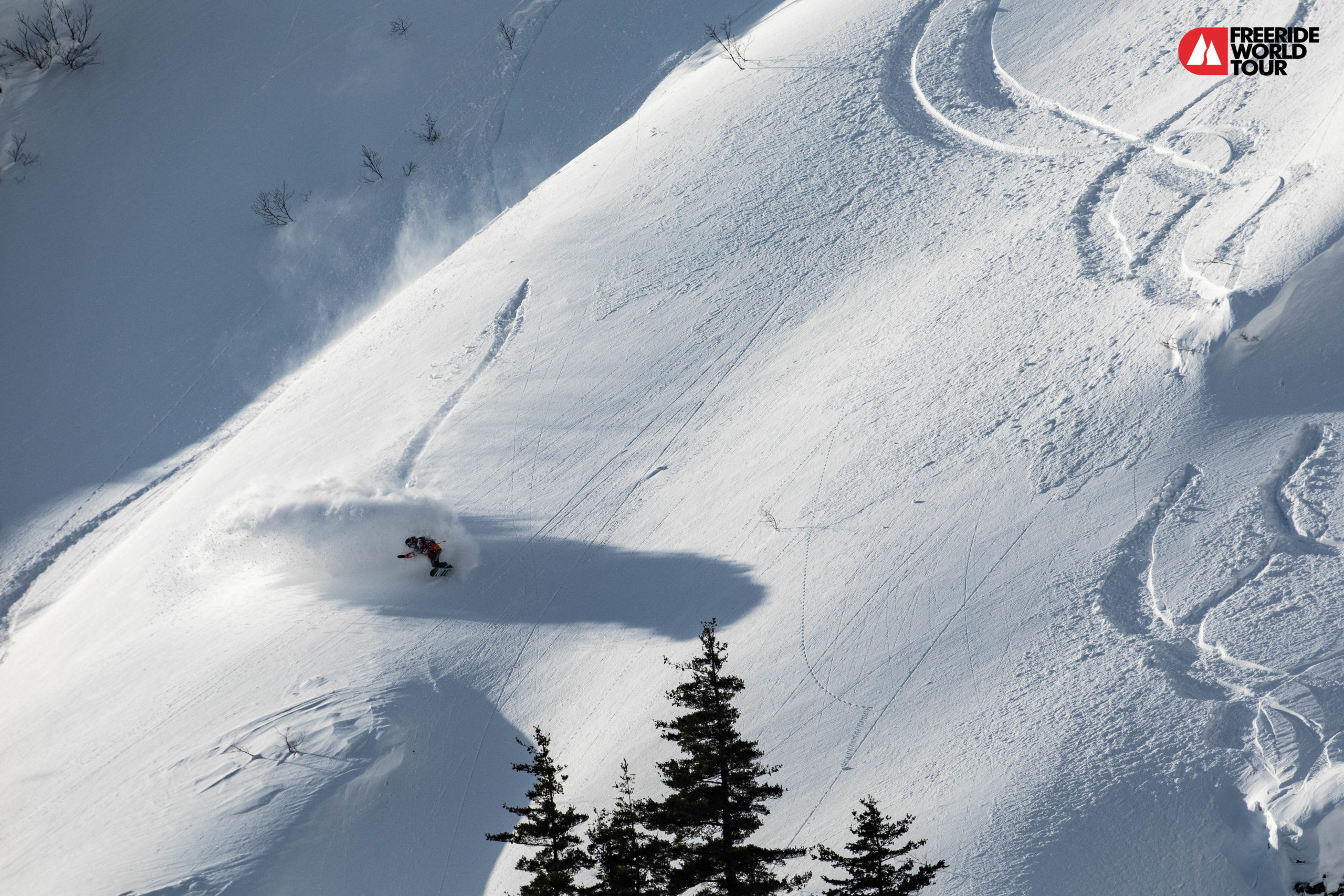 Events Hakuba sits down with French snowboarding hero Victor de le Rue before the Freeride World Tour 2020 kickoff competition in Hakuba, Japan. Victor has starred in a number of award winning films by such companies as The Northface and Absinthe films.  The de le Rue dynasty is, of course, one of the most decorated names in snowboarding and being the youngest of five siblings Victor has worked tirelessly and waited patiently for his moment. Fulfilling his birthright by winning the FWT2019 in his first his competition ever, his moment has arrived. Now he is back in Japan and looking to defend his title against the world’s best freeriders. Here he is, the man, the myth, the one and only Victor de le Rue. Check out the video or read the article below to catch this exclusive interview with Events Hakuba. 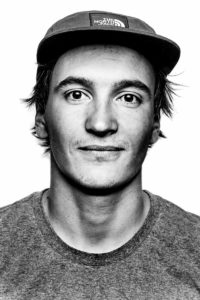 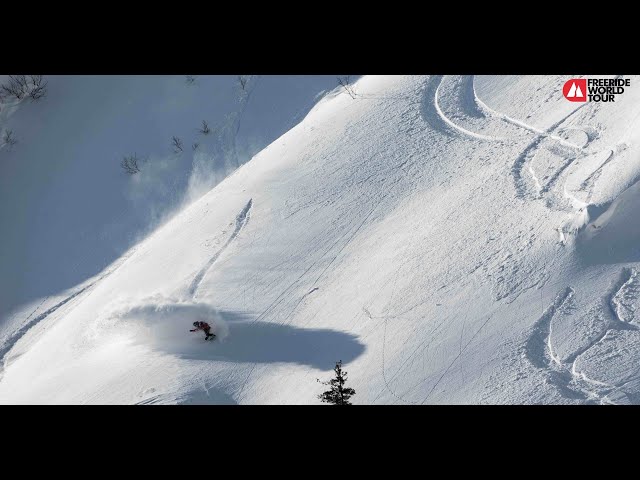 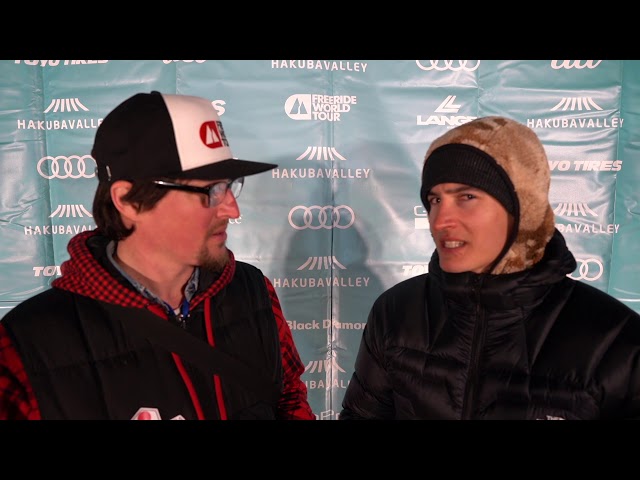 Jared: Alright so, Events Hakuba here with the one, the only Victor De La Rue.  Legend, how are you?

Victor: Very good thank you.  It’s good to be here in Japan.

J: Yeah so Japan’s a special place for you.  So what do you think of Japan and Hakuba?

V: Yeah I love it.  It’s the fourth time I’ve come to Japan and the second time to Hakuba and it’s always a special, special moment in the season.  It’s at the beginning of the winter, come here, ride a bunch of powder. Love the onsen, all the classics, the different food, the nice people.  What I say is pretty classic, but it’s really true so, I mean it.

J: That’s great.  And yeah, Hakuba. So, last year, overall number one on the Freeride World Tour, and number seven in Hakuba.  So what do you have for us this year? How are you going to get to the top of the podium? Anything special?

V: Um, yeah I don’t know, last year was just my first comp ever for riding.

V: Yeah it was a bit, I don’t know I just wanted to go there, ride and then adjust from there.  Actually maybe I didn’t prepare well enough and so it was pretty interesting, I fell after ten meters or something like this and then I had a really lame run and when I watched the replay I was like “Oh my god, that was so bad.”  And then so I took it from there and improved and rode a bit better afterwards. 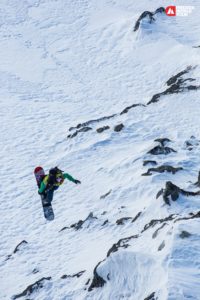 J: You didn’t ride a bit better, you rode a lot better, and you reached number one, yeah.

J: So that was great, congratulations.

J: Yeah.  And so I’ve seen a few of your films and you’re a very creative rider, and that’s interesting that you say that your first competition was in Hakuba, because your videos are amazing, the one footed backflip over the gap in Austria, yeah? Can you talk about that a little bit?

V: Ah that was a video part I had in Origins.  The video production was Transworld snowboarding and I had the last part this year, and it was really really cool.  I had a bunch of cool shots of freestyle, a good segment from Austria mostly and then we had an amazing trip in Alaska at the end of this season, so it was a pretty solid part for myself – a bunch of one-foots and lines.  There was a good bit of everything.

J: Yeah it was so different to see something like that, really pushing borders and pushing boundaries, that was great.  And how about your new film with North Face, Defiance? Can you talk about that a little bit?

V: So last year I went to Canada with the North Face crew Jake Blauvelt and Leanne Pelosi.  And yeah we rode a bunch of cool lines and it was a bit more freestyle actually.  And you can check it out on Youtube. 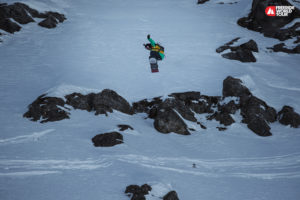 J: Ok, sounds great!  I’ll check it out. I haven’t watched it yet but brand new, brand new, so check it out.  So yeah, that’s where you are now, your latest thing. Let’s go back, when you were just a kid, riding with your brother Xavier.  What was that like, growing up? Was it like sibling rivalry or was it kind of a bromance? How was it?

V: Well actually he’s ten years older than me so we didn’t ride that much together, you know.  When I was ten, eleven he was twenty-one so he was in competitions, doing border cross and all that.  Me, I was more like riding in the park in my own resort in the Pyrenees and yeah but we were very stoked to see each other and to get to ride a few days a year together but now we are in the same team – North Face.  So we get to do some projects together and now we live in the same place as well in the Summer so we spend more and more time together so it’s cool.

J: It’s great to see a Pyrenees rider really getting to the top, above all the Alps riders.  I love to see that. That’s great.

V: I’m going to do a project with my brother.  He’s working on it so this year we’ll have a trip in Greenland and then some more the year after.  That’s the next project.

J: Sounds good!  Thank you so much for meeting with us.

J: Good luck on the tour. 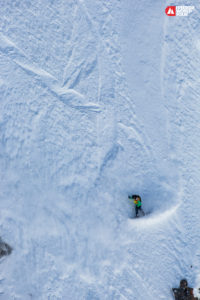 J: We’re back with Victor, we did the face check today, what did you think?  Are you stoked?

V: Yeah it’s ok.  The face is actually looking pretty nice, a bunch of features.  But just the snow, we are pretty unlucky this year. Seems like it’s been the worst start of the season since maybe fifteen years I’ve heard.

J: So the snow’s a bit sketchy…

V: Yeah it’s hard to tell the difference between the good snow in some places, the ok snow I mean, and the very bad snow like bullet-proof in some places so it’s going to be really challenging.

J: Cool.  So yeah, variable snow conditions but what is the terrain like?  Do you see any features that were interesting? Any drops or transfers?

V: Yeah there are many features, like a bunch of side hits kind of, like wind hits, stuff like that but you just know like the snow could be really bad in the landing so it’s going to be really tricky.

J: Yeah, control issues maybe for some riders.  But it’s going to be a great event.

J: And we’ll see you at the finish line. 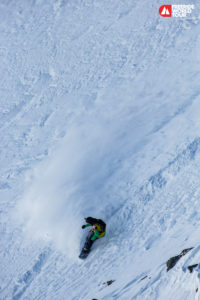 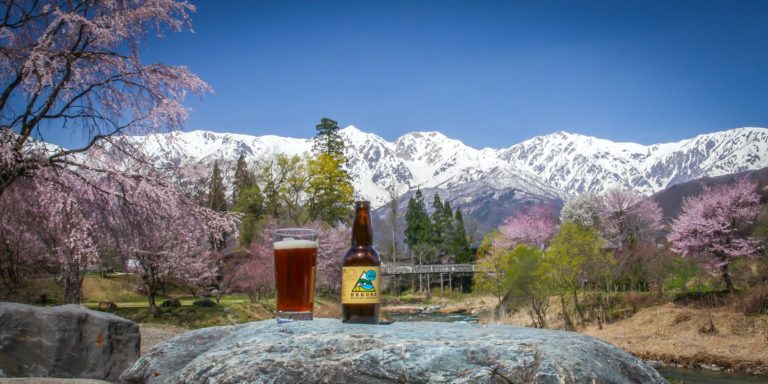 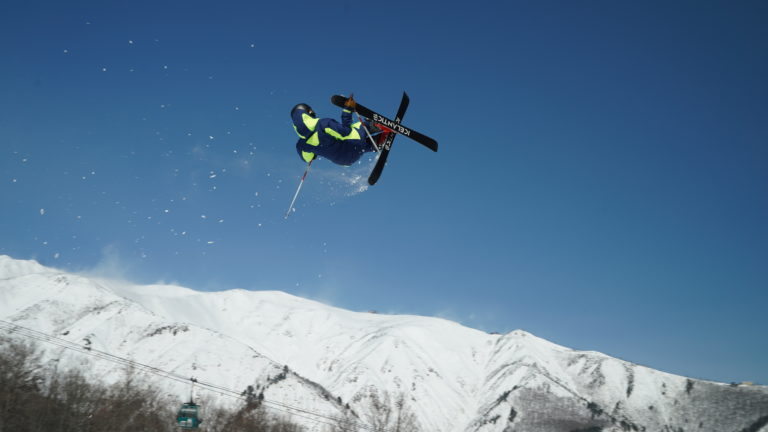 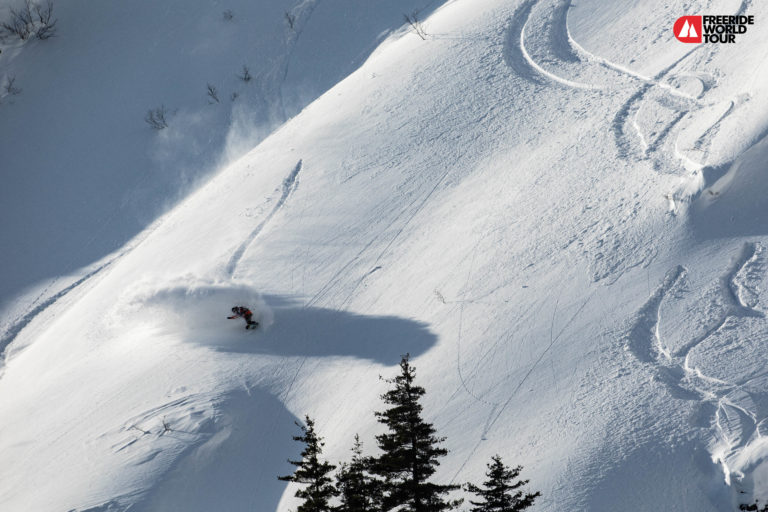